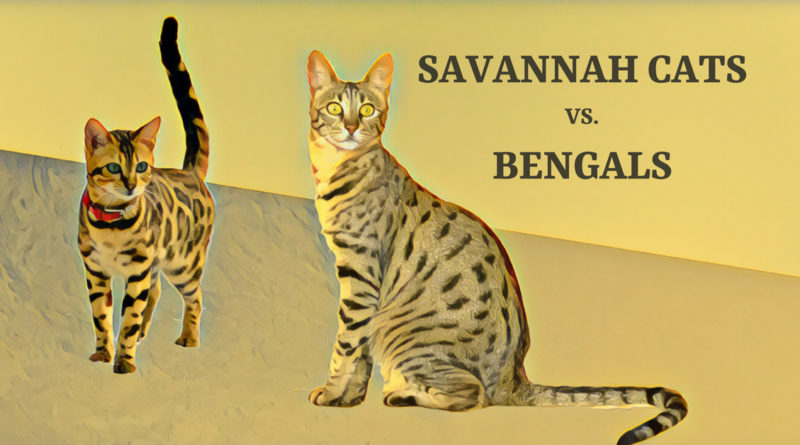 If you’re considering getting a hybrid cat, but you’re not sure which breed to go with, we are here to help.

Several years ago I was in the same boat. I kept going back and forth between Savannah Cats and Bengals. Both types of cat have a lot to offer as domestic pets. In the end I made the decision to get two F5 Savannah Cats, and I couldn’t be happier.

A Bengal Cat is a cross between a domestic cat and an Asian Leopard Cat. Bengals were first accepted as a breed by The International Cat Association (TICA) in 1986. Bengal Cats have gained a huge following in the breeding community and amongst pet owners around the world.

A Savannah Cat is a cross between a domestic cat and an African Serval. The Savannah Cat became a registered TICA breed in 2001. This fairly new breed is steadily increasing in popularity.

To the untrained eye, Savannah Cats and Bengals might easily be confused. Both breeds have a wildcat appearance and both have spots. But aside from that, they each have very unique physical characteristics. 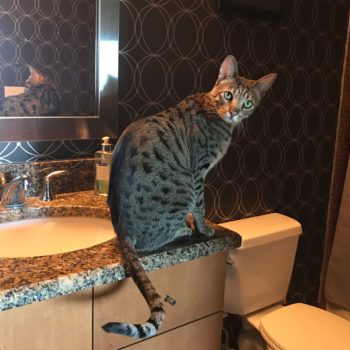 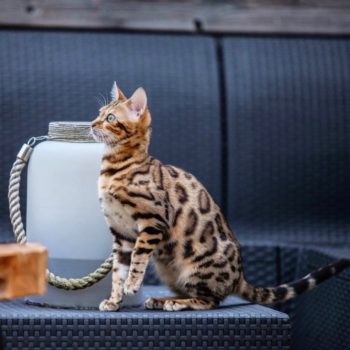 Bengals are medium sized cats with short muscular builds. Their ears are wide set and rounded. The most characteristic feature of the Bengal is their beautiful rosettes that are very leopard-like. No other domestic cat breed has spots like a Bengal Cat.

Savannah Cats are large, long-legged cats with lean, athletic builds. They have large tall ears that sit on top of their heads. They have hooded eyes, long necks, and medium-length tails. While the Bengal cat is known for its rosettes, Savannahs are known for their bold spots. Savannahs’ spots more closely resemble the spots of a cheetah.

Both Bengals and Savannahs are stunning cats. Their uniquely exotic appearances are just one of the reasons people are drawn to these two cat breeds.

But we hope you don’t make your decision based on looks alone! Bengals and Savannah Cats have huge personalities that make them incredible companions, as long as you’re ready for the extra commitment.

When it comes to energy, both Savannah Cats and Bengals will easily run circles around your typical domestic cat. These hybrid cats are part wildcat and that’ll definitely be evident if you fail to give them enough attention or exercise.

Savannah Cats and Bengals can be incredibly affectionate, but usually in their own unique way. Both breeds are known for greeting their owners at the door and following them around from room to room.

If you’re looking for a lap cat, Bengals are more likely to fit the bill than Savannah Cats. But a lot comes down to the individual cat’s personality.

As I write this, I have a purring Savannah Cat sleeping on my lap. But if I were to pick up one of my Savannah Cats and set them on my lap, they would almost certainly jump down. Affectionate time is on their time, not yours.

Bengal Cats love to be where the action is. That makes them great pets for large families. Savannah Cats are incredibly loyal and tend to form a close bond with only one or two people. They’ll still enjoy company from strangers, but they probably won’t shower them with the same level of affection they give to their chosen human.

Savannah Cats are notorious head-butters. This is one of the many ways in which they show their owners that they love them. Savannahs are also incredibly curious and persistent creatures.

Bengals are known for being very vocal cats. They often have a very wide range of meows that can be entertaining or borderline obnoxious.

Both Savannahs and Bengals are fond of water and may not hesitate to jump in the shower with you. They are also easily leash-trained.

Depending on what generation Savannah or Bengal you decided on, they could cost you anywhere from $800 up to $20,000. If you’re looking for a pet, a later generation will typically cost between $800-$1,500.

Since Bengal cats have been around for quite a bit longer than Savannahs, there are far more breeders and prices tend to be a bit lower.

Contrary to popular opinion, most Savannah Cats and Bengals aren’t much larger than your average domestic cat. Savannah Cats may be one of the largest domestic cat breeds around, but that’s mostly due to the F1 and F2 generation cats. For more information on Savannah Cat size, click here.

In general, Savannah Cats will have the appearance of being larger than domestic cats and Bengals. Their long legs and slender bodies make them seem much bigger than they actually are.

Why did I get Savannah Cats instead of Bengal Cats?

So what is the reason I chose to get Savannah Cats? I just found myself more drawn to the physical appearance of the Savannah Cat. I also liked the idea of having a loyal cat with above average intelligence. But at the end of the day, you really can’t go wrong with either of these amazing cat breeds. 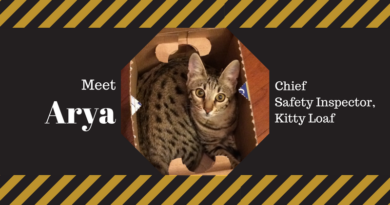 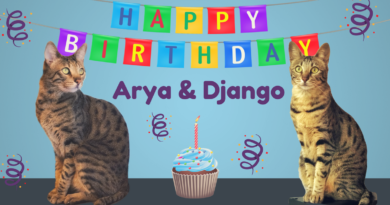 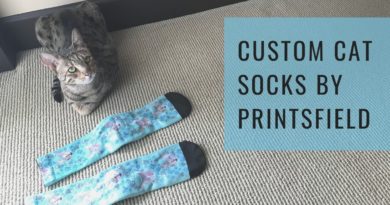