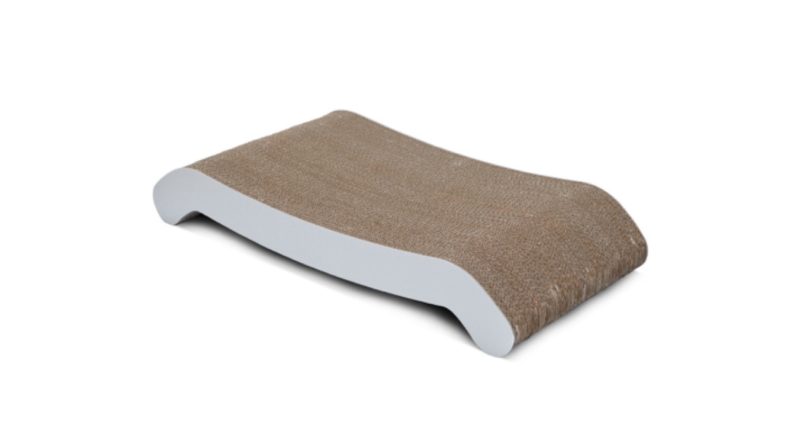 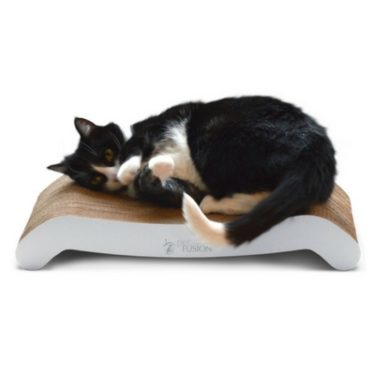 The Flip Pad Cat Scratcher is PetFusion’s most economical cat scratcher. As the cardboard cat scratcher experts, PetFusion delivers yet another quality product, but at a price that’ll make cat owners smile.

The PetFusion Flip Pad Cat Scratcher is discrete and will fit just about anywhere. The high quality corrugated cardboard looks much nicer than less expensive cardboard. And the white finish along the edges gives it a bit of modern style.

With no assembly required, the only thing cat-owners have to worry about is cleaning up the flakes of cardboard (if your cat is a vigorous scratcher). There are no replacement parts or pieces. The cat scratcher can be flipped when one side gets worn out.

As a stand-alone cat scratcher, the PetFusion Flip Pad is a decent size overall. It is wider than average, but the length falls just short of optimal. As a lounger, the PetFusion Flip Pad will accommodate most cats. It might be a bit snug for your 20-pound kitty, but cats generally don’t mind tight spaces for lounging. The PetFusion Flip Pad is much sturdier and won’t slide around as much as similar designed light-weight cardboard scratchers. The small size of this scratcher makes it great for placing on deep windowsills or on side tables. This versatility makes this scratcher even more cat-friendly than some of the larger scratchers that can only be placed on the ground.

The PetFusion Flip Pad Cat Scratcher is made of high-quality corrugated cardboard. This heavy-duty cardboard holds up extremely well compared to other cheaper cardboard cat scratchers. But even the best quality cardboard isn’t going to last forever. That’s why we like that this product can be flipped over for twice the use. So even though it won’t outlast our top-rated sisal cat scratcher, it will certainly last longer than the similarly priced Catit Style Scratcher.

But for an extra $10, we recommend going with the larger PetFusion Flip Lounge Cat Scratcher. The Flip Lounge is significantly larger and more cat-friendly. We believe it is an overall better value than the Flip Pad. 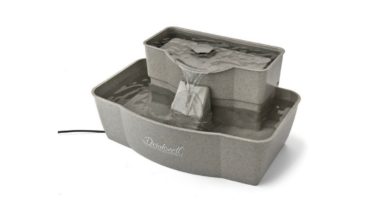 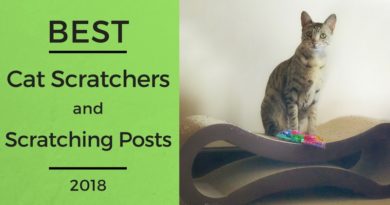